Today I felt the urge to use the ever growing pile of leaves from the garden.  Those who have followed me for a while will know that I love flowers and that I use all sorts of vessels as vases.  Again today, I use an old favourite.  A cardboard pot!  Come and see...


A quick autumn vase make over

The leaves were still a little damp from being outside so I put them in the oven after I had baked a cake, switched the oven off and left the door open.  Just enough to dry them a little without discolouring them.

﻿
Smother the vessel of choice in PVA glue, don't be shy, use lots.
Smear it in evenly before adding leaves.

Start attaching the leaves, making sure to cover the whole container and in my case not to show any of the blue colour.  I needed to add more glue where the leaves over lapped.  I also decided to leave some of the leaves poking over the top edge, but confess to trimming any that were over the bottom edge. 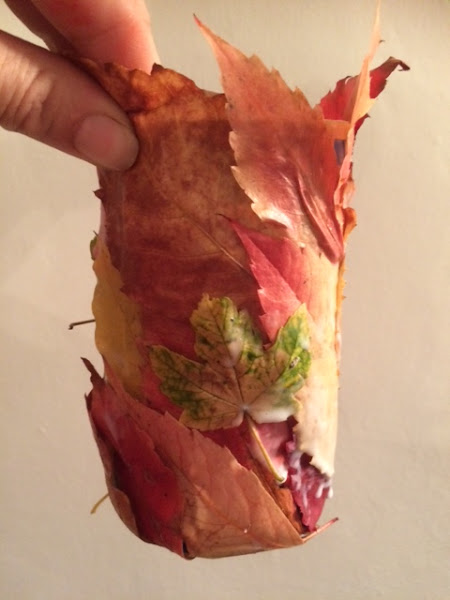 Leave to dry, in my case this took less than an hour, but will depend on the amount of glue used and the temperature in your home. 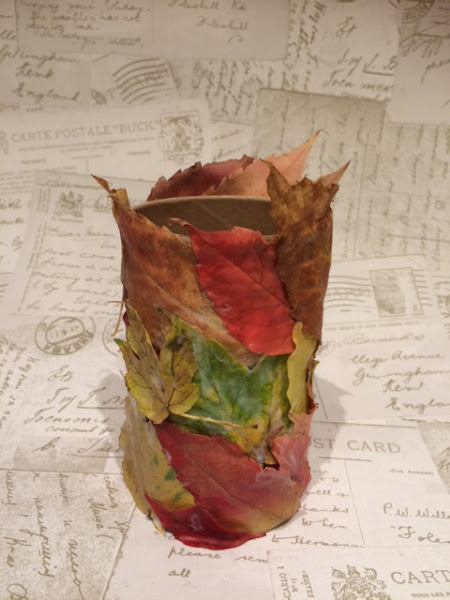 I picked some autumnal flowers from the garden ~ dahlias.  Found an old drinking glass that was in actual fact an old nutella jar!  Then added water to the glass, carefully put the glass in the now dried leaf vase and added the dahlias. 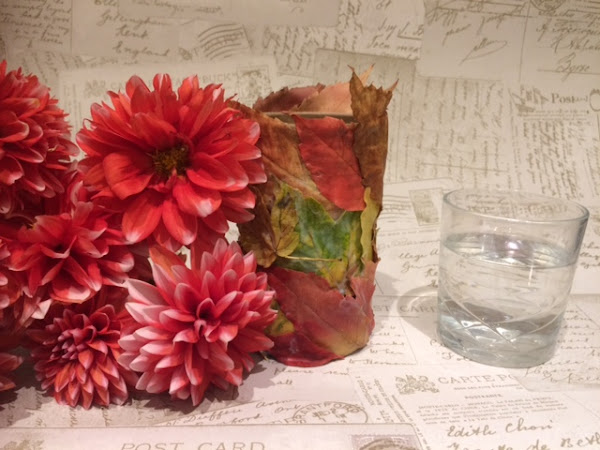 One very seasonal vase, bringing the outdoor autumn colours into my home... 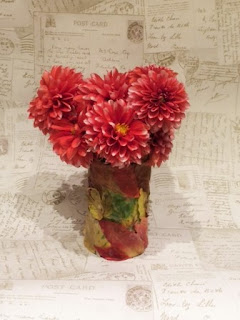 An even quicker autumnal vase

You may not have access to autumn leaves or perhaps not the inclination to become all gluey, but there is another way to bring the seasons colours into your house.  I mixed red and yellow paint as I did not have any orange and with another cardboard container painted it autumn orange.  I had hoped to get away with just one layer of paint, but whatever the shiny bit is on the outside of the cardboard resisted the paint and so I ended up with three layers of paint.  However each layer dried incredibly quickly and it was all painted, done dusted and dried in just over an hour.   Ready for flowers...