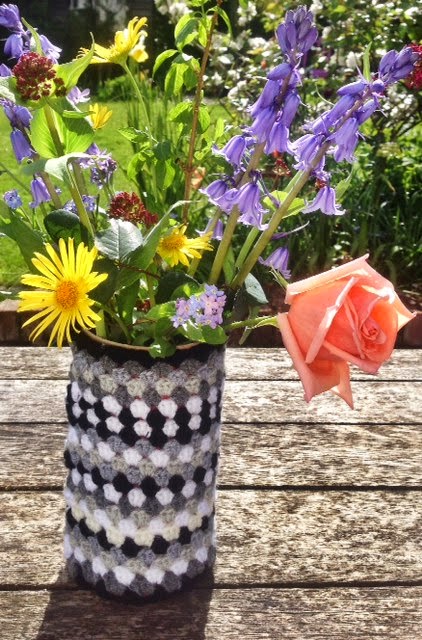 My mood recently is not where I would like it to be.   And in actual fact I realised how 'black' a mood I was in only really yesterday when I began a new quick busting project.  Like so many who use yarn for their hobby, I have many small balls of yarn and scraps left over from projects and every once in a while it's good to scrap bust.  Which colours did I choose yesterday... black, dark grey, light grey and white.  Yep, I'm feeling grey and ashen myself.  The latest illness in our house hold has been the most violent and nasty tummy bug I have ever experienced, to begin with I thought I had salmonella poisoning but it soon became apparent as each member of the family came down with it that this was a very nasty bug.  I'm now thinking with all our illness and hospital visits so far in 2015 to perhaps paint a cross on the front  door...      But onto much nicer things, crochet!  ﻿﻿﻿I decided that with all the gorgeous flowers in the garden at the moment, that I do not actually have enough vases, but where to store them.  I remembered a previous blog post from last year and in actual fact use that vase almost daily see here ~  Colourful vase tutorial and decided to make something similar.
I decided that perhaps I may not keep this vessel as long as I have the previous one, but that this would not matter as to store the crochet cover takes up no space at all and I can find another cylindrical container in my store cupboards whenever needed.  Apart from jam jars and the odd yoghurt pot, most of these containers that hold consumables in are often not waterproof, so how to get around that with my cardboard vessel?  I hid a drinking glass inside!  Genius I thought, have a look...
I chained enough to go around my vessel but made sure there were slightly less as it is very easy with granny stitches for it to become looser, just bare this in mind. When the chain was long enough I joined it with a slip stich, making sure not to twist the chain. 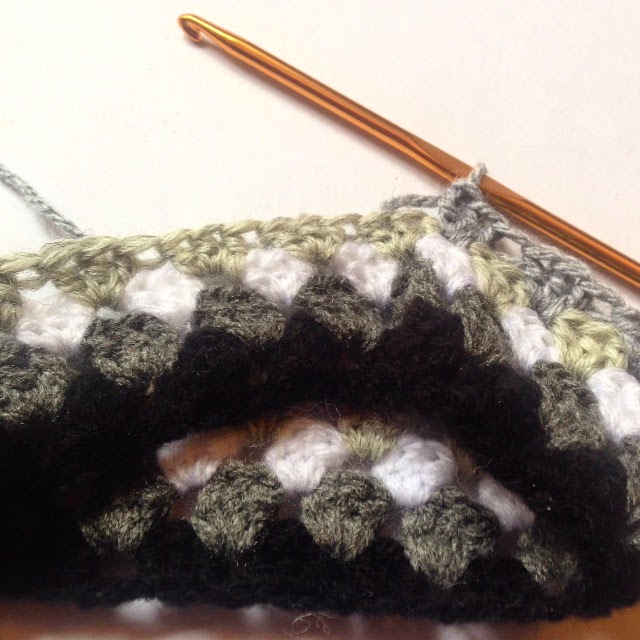 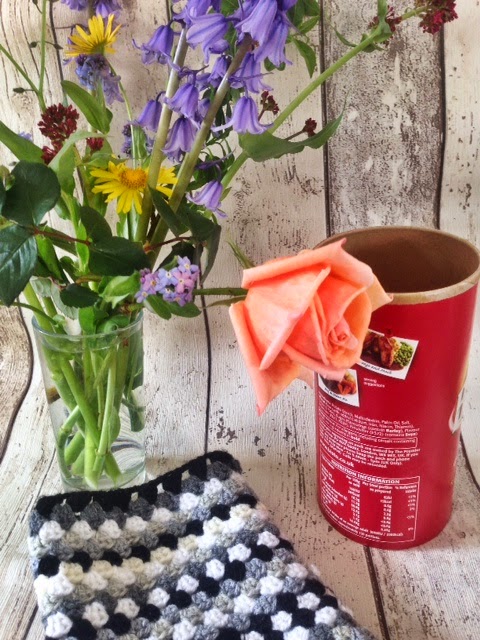 All you need is some scrap yarn, a vessel to cover, in my case a cardboard cylindrical one that used to house gravy granules, glass to insert inside the vessel  and the flowers and water, et voila!

That's me done for today and now I really need to get back to the household chores of finishing washing all those bed clothes...yuck.  My husband's birthday was even put on hold yesterday too.  If you pass by and see a cross on my door, you know we've fallen ill to something else...

♥  Here's to May being a healthier month  ♥
Posted by eclectichomelife 12 comments:

April in the UK


Today is the last Friday in April, frightening thought don't you think.  It is definitely true the older you become the quicker the days, weeks and months fly past.  So with this in mind, I decided to reminisce, please excuse but indulge me.  Grab a coffee or better still join me in a glass of red and view through some of  my month highlights. WARNING, an obscene amount of photographs...

April and May are the best months in my garden, after 15 years here, I still have not cracked the rest of the year, ho hum.  Must try harder. 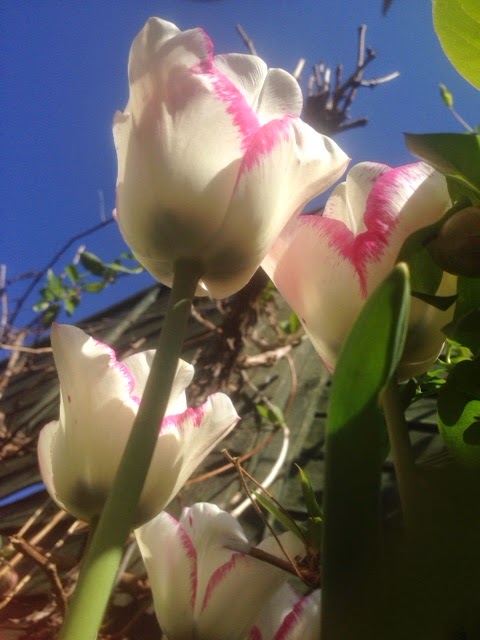 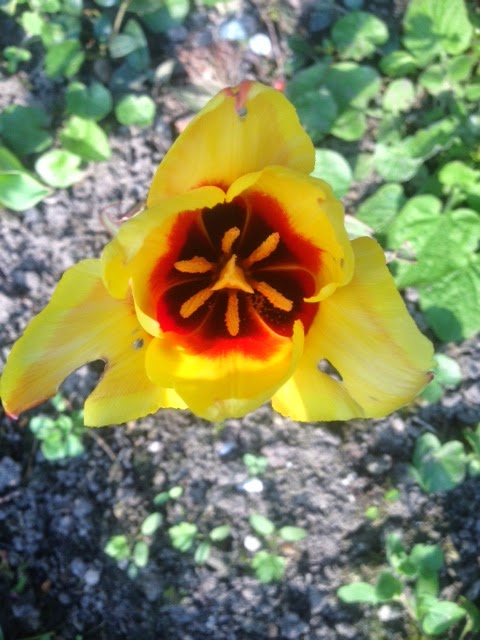 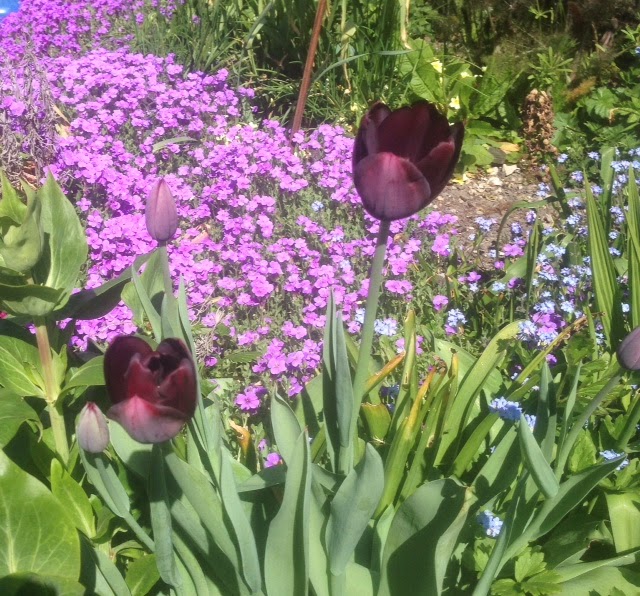 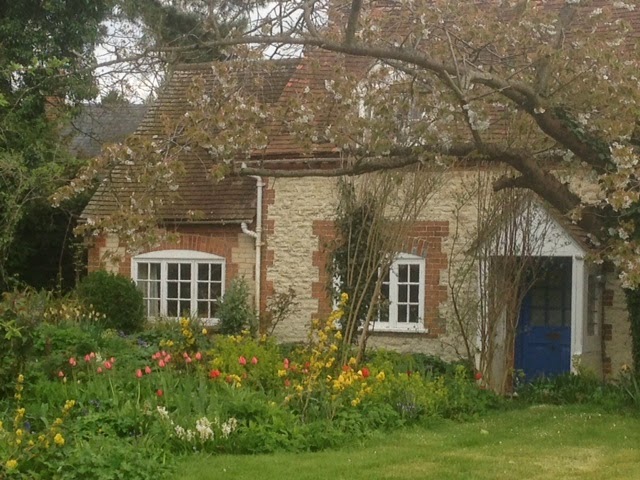 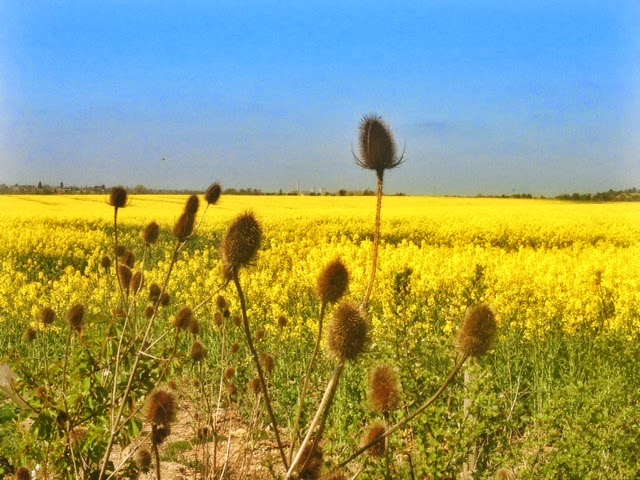 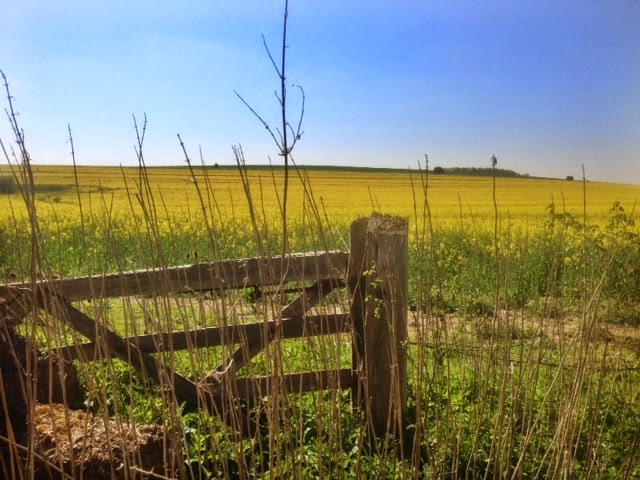 Living not too far from London, I do try to get into the capital at least once a month, I love being a tourist in our own city, after so many years, I still find new discoveries and of course often visit old haunts.

Couldn't have a month round up without showing some of my months makes...


It has been a good month despite all the illness in the house.  Hope you have had a great month too.  Joining in with   Amy from lovemademyhome  sharing five things from my world, do pop over and see what others are sharing...

♥  Hope the sun is shining wherever you are, it's not looking great for us here in Oxfordhire ♥﻿
Posted by eclectichomelife 42 comments:


You may have seen my post about my husband and his teasing me of my crafting, many many of you commented and either could relate or found the whole thing hilarious.  Click for the post here    Well it didn't stop there, let me enlighten you, grab a coffee, this could take a while...


About two years ago my husband began an email correspondence with me, under the name of Lotta Wool, he even created an email account in her name and began teasing me through these email exchanges.  Each email became more outrageous and I laughed so much.  If I can bring myself to share them with you, I will in the near future...

So it was this in mind when I received an email a couple of months ago, I was very vary, this is what I received...


Hi John
Selma is undoubtedly a very talented woman.  Not only does she have fantastic taste in men but she is a pioneer in the world of crocheting and sail sewing!
So can I introduce you both to ERIC
ERIC is our new internal ‘Green Champion’
ERIC has a big job to do.
ERIC is going to galvanise our people during our Green Week in May to turn off lights, recycle waste and get involved in our local community.
He is going to travel round our business helping our people do fantastic things.
ERIC is sad because he is only a 2D version of himself.
In fact some would say ERIC is paper thin.
ERIC dreams of being 3D.
I think we all deserve to be 3D don’t you?
ERIC needs a hero.
ERIC doesn’t need a bear catching, world saving kind of hero.
ERIC needs a crocheting, sail sewing kind of hero.
ERIC needs a hero to help him come to life.
Do you know a hero that could make ERIC’s dreams come true?
Would it be too cheeky to ask if Selma could do me a really big favour and crochet an ERIC for me?
Say no if you want as I know you are both very busy so no pressure.
Thank you for reading ERIC’s story.
S
Can you see why I was dubious to its authenticity?  It smacked of my husband and I almost, note the word almost, wrote a rude reply back.  In actual fact something stopped me and I sent a one liner asking if this person was serious and indeed they were!
So my first commission and I nearly ruined it before it began!
What did I have to make, what did Eric look like... 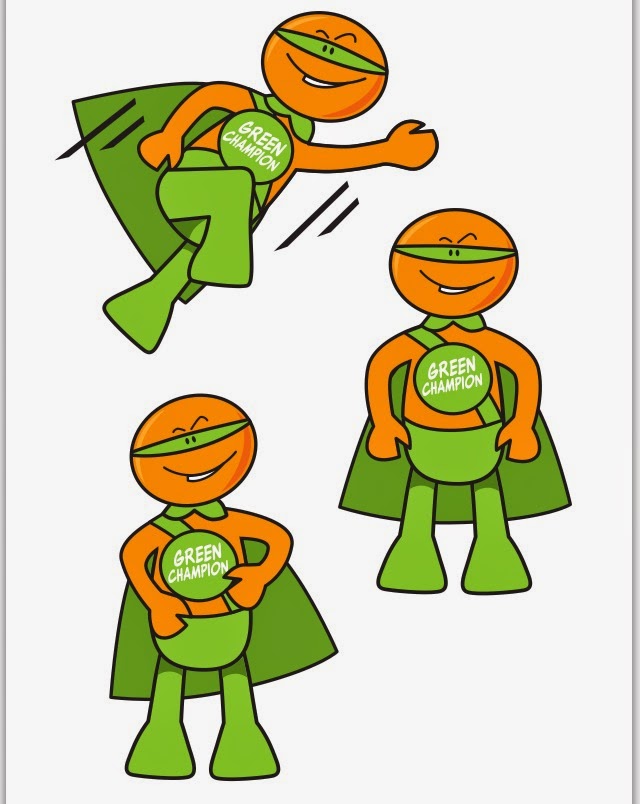 I set to excited and nervous and trawled the internet on all the usual pattern websites for help and clues as to how to make Eric.  Nothing out there closely resembled him and so it was to the drawing board for me.  I am not a natural designer and I found this whole process incredibly difficult.  I tested, not as much as I should have done, I made several versions of each part of him until I was fed up and just settled on the latest make and kept putting him away and making anything else other than Eric.
Eric is now completed and I feel drained of his colours, they are not my usual choice of working colour and am drained of designing and having the responsibility of him being used in a work place.  He is not perfect, in fact there are many things I would change if I had the inclination, but this morning he left the house, office bound and I am glad to see him go... 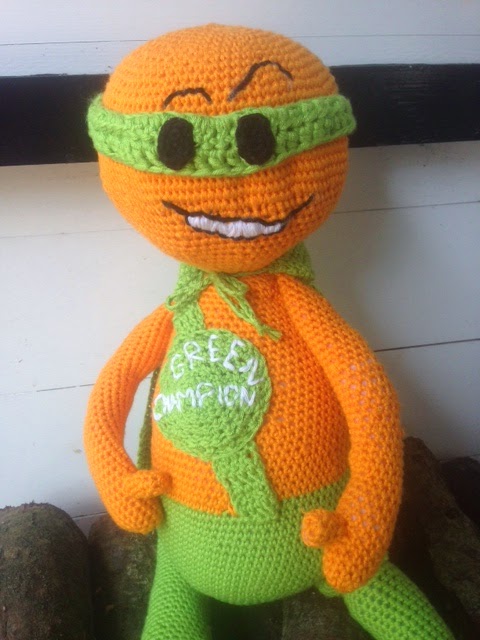 All said and done however, this has been a huge challenge and learning curve and I'm glad that I was made to do this and do you know what, for all my moaning about Eric, I'd do it again in a flash.
♥  From Eric and I, have a good week ♥