16 May
Tomorrow is a big day in Norway and every year the 17 May is celebrated in style.  This day marks the day that Norway became a country independent of others, notably from Sweden and Denmark.  If you look at the Norwegian flag and remove the blue cross, what do you see...the Danish flag! Many Norwegians have flag poles and tomorrow the country will be ablaze with this patriotic flag flying proudly, I think it looks fabulous and wish we did this in the UK.

This year the celebration is especially large as it is 200 hundred years since the Constitution was signed and all the royal families of Scandinavia are coming to Norway to celebrate, the Swedish king apparently refused at first to come, but has after much grief from his own people finally agreed to attend!

Norway celebrates in many ways and each village and town will have school children's parades and marching bands, with an abundance of flags marching from school to the centre of the village/town/city.  The largest gathering of course is always in Oslo and this is shown live on TV.

Traditionally families come together and eat lapskaus, a type of brown stew and eat bløttkake (cream cake) and the celebration cake, kransekake.

Norway is a very patriotic country and many many people own a traditional dress, often bought for girls for their confirmation at age 15.  These vary from district to district and so it is easy to see where someone hails from as they vary greatly in design and detail.  17 May is a great excuse to wear this warm outfit, but for those who do not have one, there is no formal dress code, although many choose to wear red, white and blue clothes.  As with anything, others just turn up in clothes they are comfortable in.  There are no rules.

It has been fun being in Norway the week leading up the the Norwegian National day and all the shops have taken every opportunity to pull out anything red, white and blue, there are flags a plenty and the feeling is of community spirit as you wander around.  Unfortunately, I return to the UK today, so will miss the celebrations here in Norway.

However the Norwegians are a feisty lot and in most countries where you will find a Norwegian, there will be celebrations tomorrow.  In London for example every year there is a huge parade, with Norwegian food being eaten, speeches being given and parades a many.  Should you fancy and are able to get into London tomorrow, festivities begin at Southwark Park, and the children's parade will be at 1315.  More information can be found at http://www.17mai.org.uk/ and updates on https://www.facebook.com/london17mai

Norwegians take pride in their home and table setting are no exception,
below are the latest shop ideas. 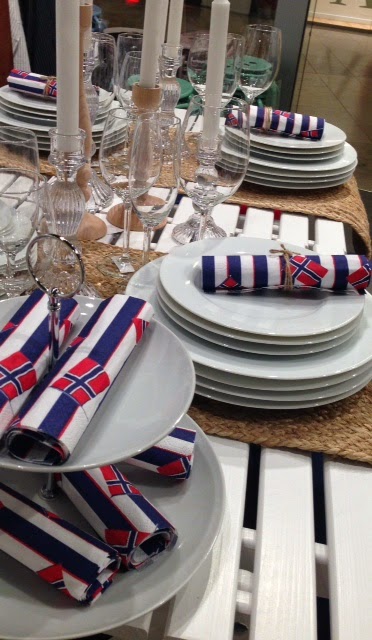 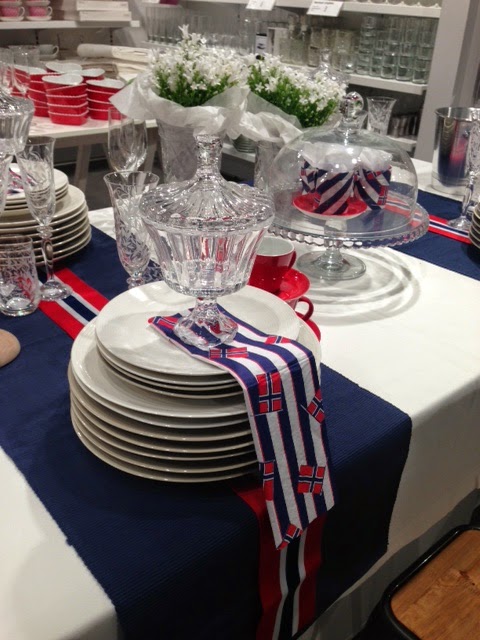 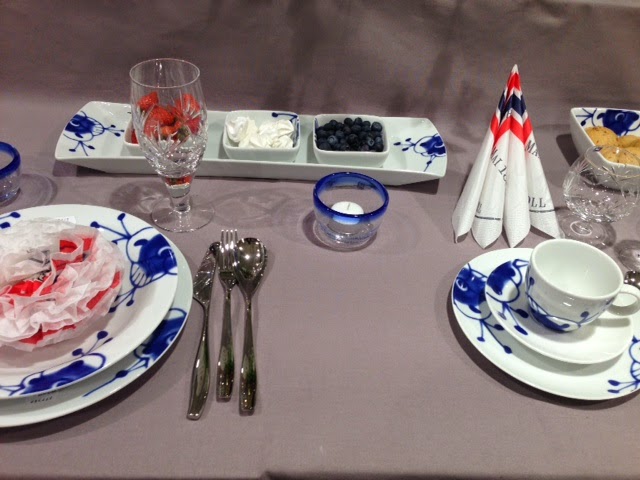 Kransekake is a traditional celebration cake, but should one not have time to make one's own, shop bought ones are always available, main ingredients are almonds and icing sugar, very sweet but so tasty, I have a post how to make it here:  http://eclectichomelife.blogspot.no/2013/12/kransekaker-norwegian-wreath.html 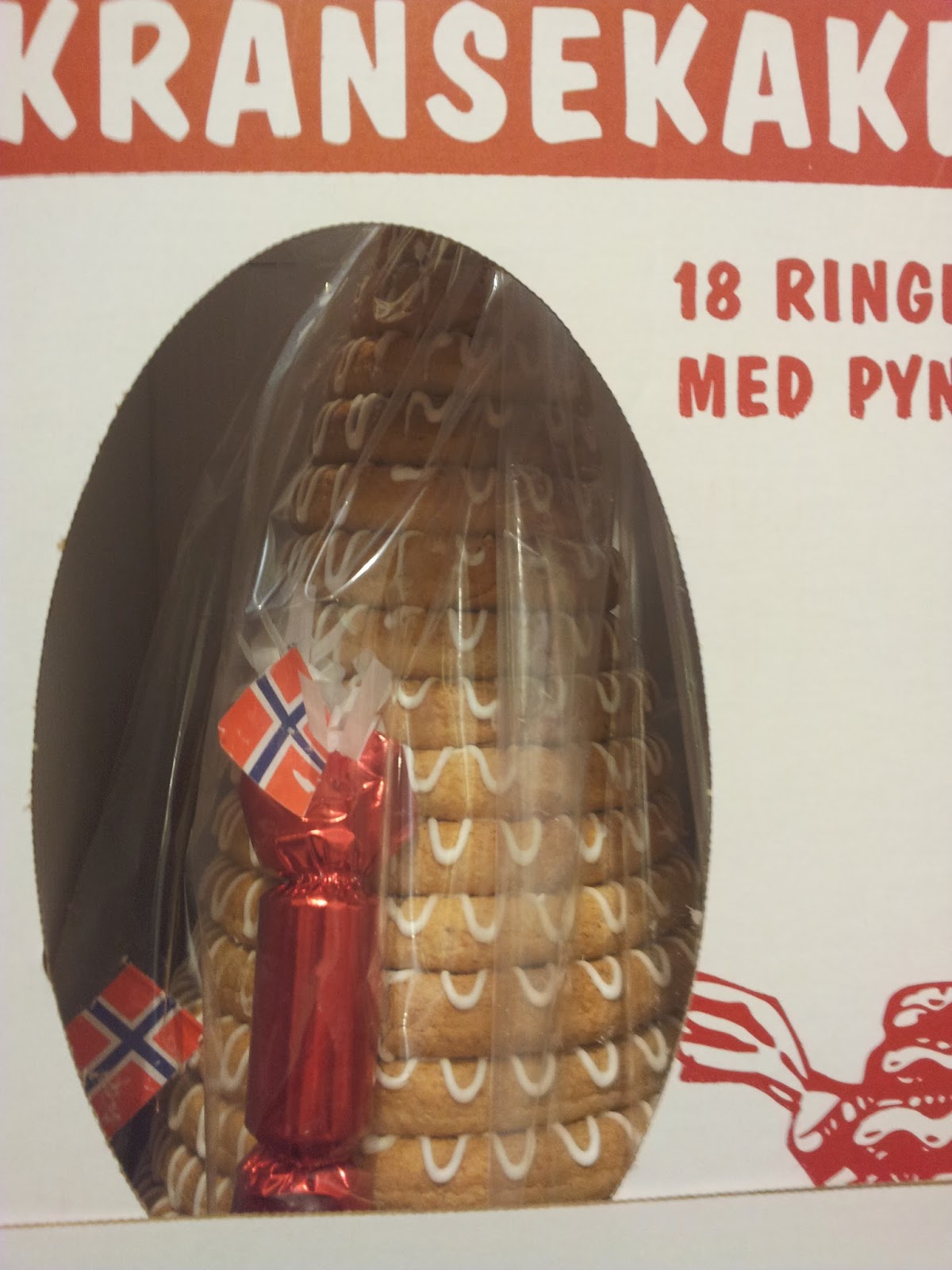 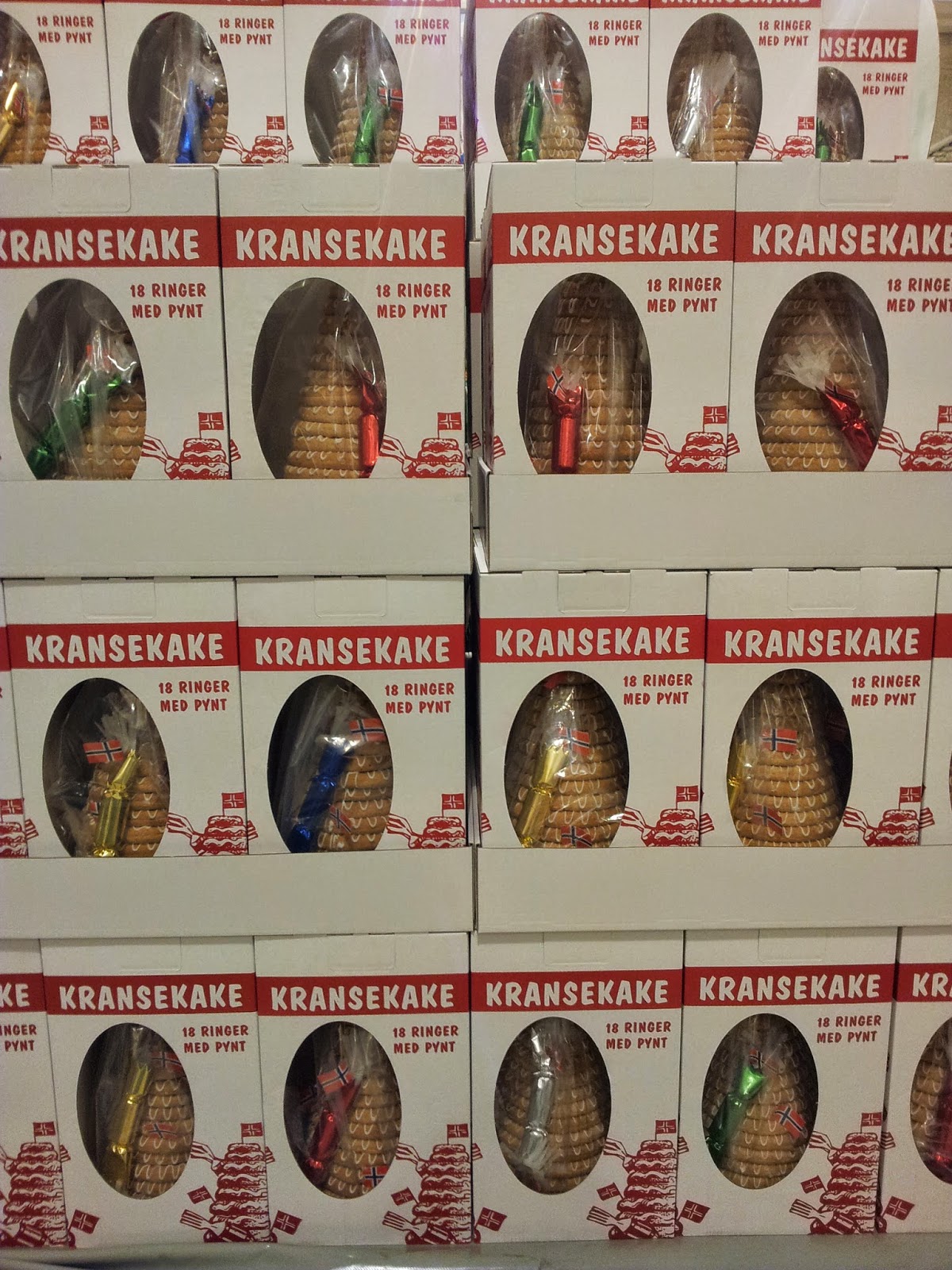 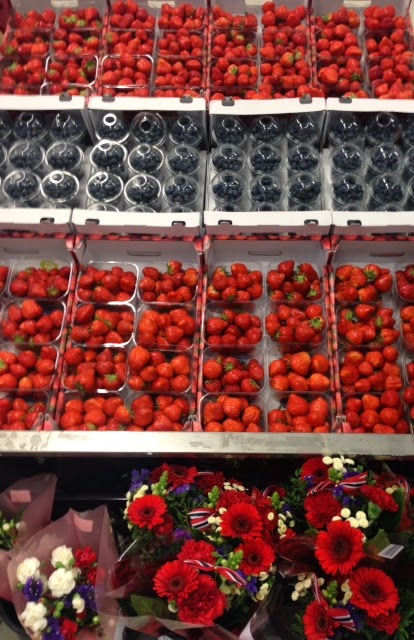 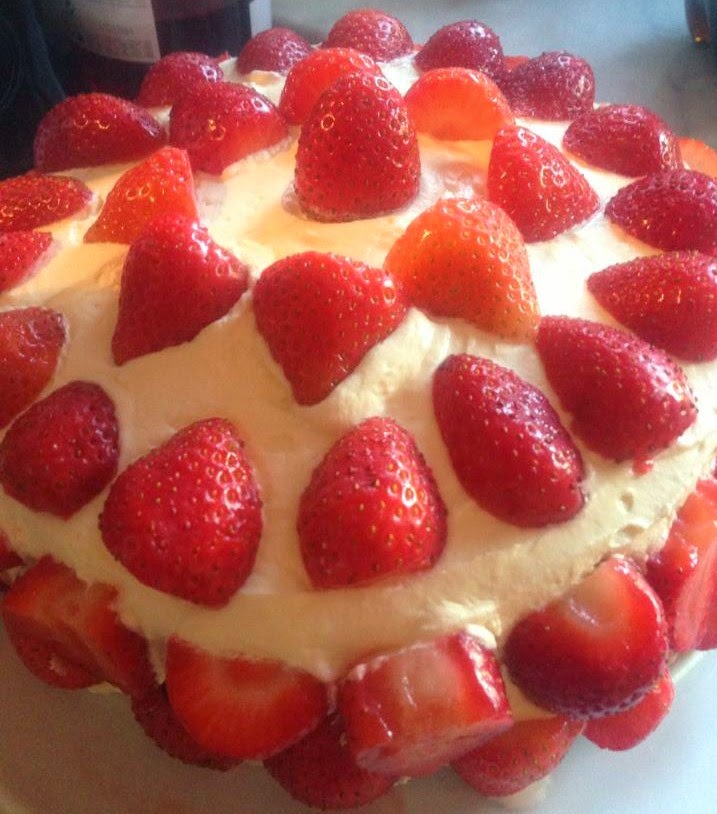 Traditional dress is called bunad and they come in many different designs and style.
Silverware forms a huge part of decoration too.﻿ 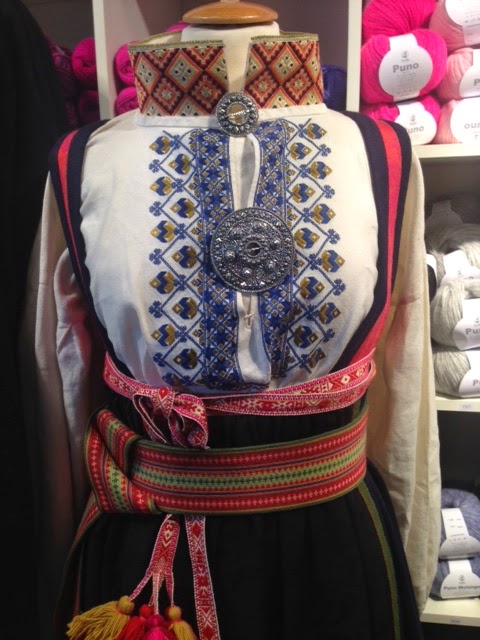 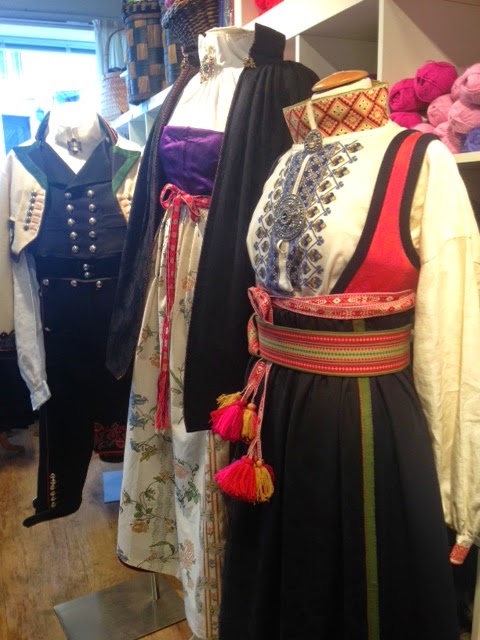 Bunads are very expensive and one tends to only purchase one when fully grown, however, cheaper versions for children can be bought in the shops too. 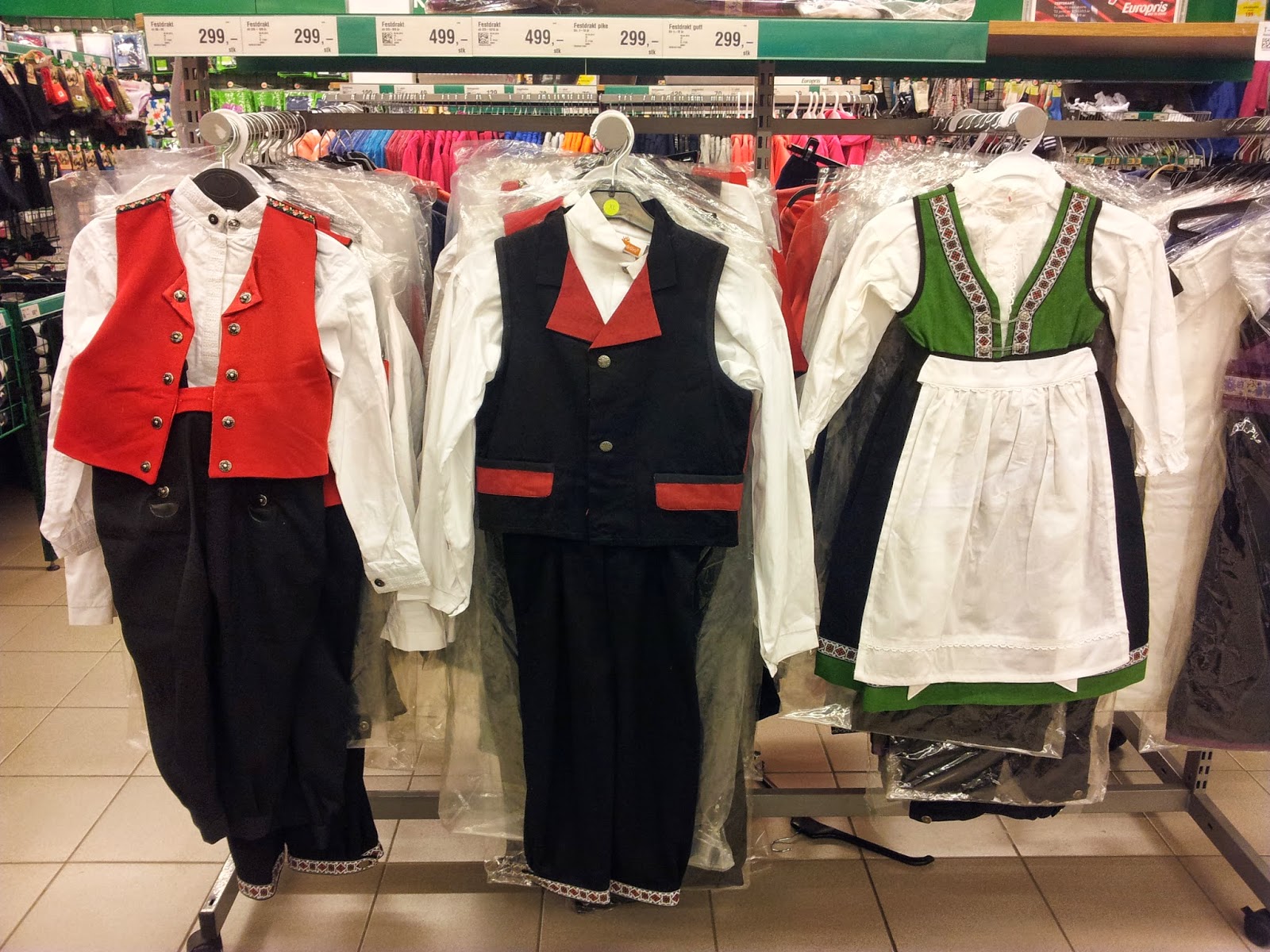 Detail down to the traditional shoes are important,
although many are now favouring laced up boots as well.﻿ 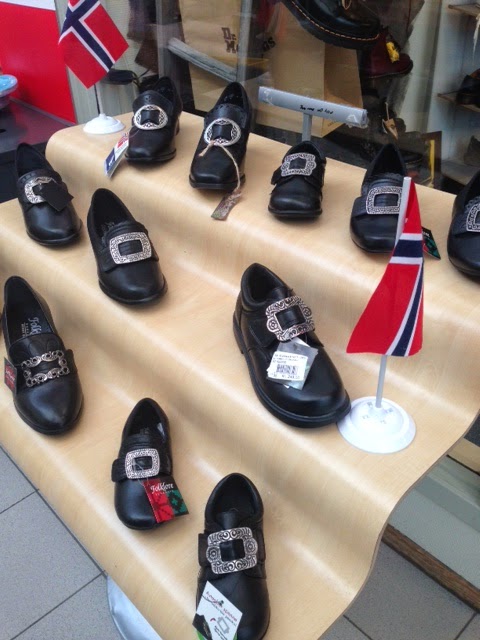 All ages turn out to parade. 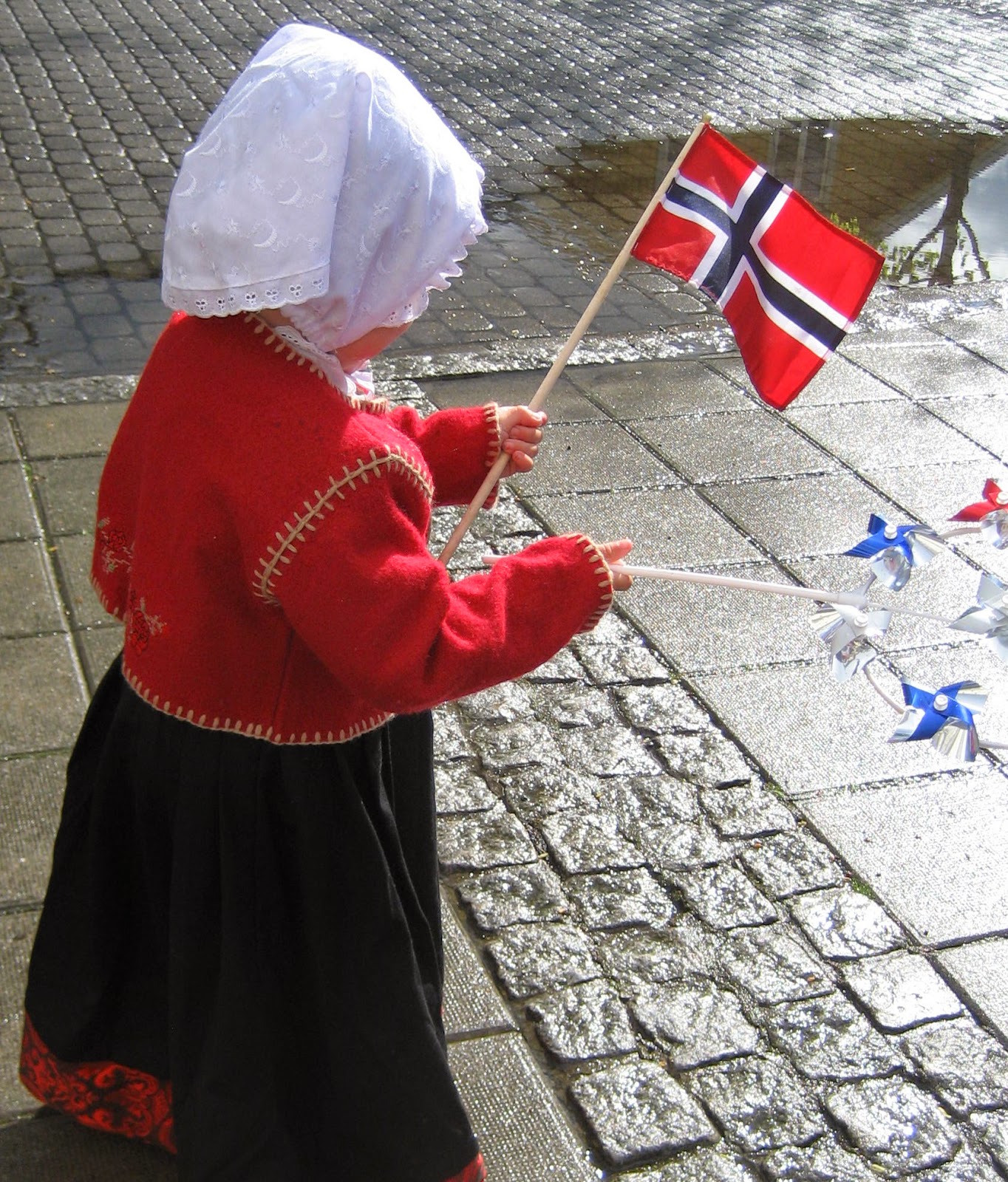 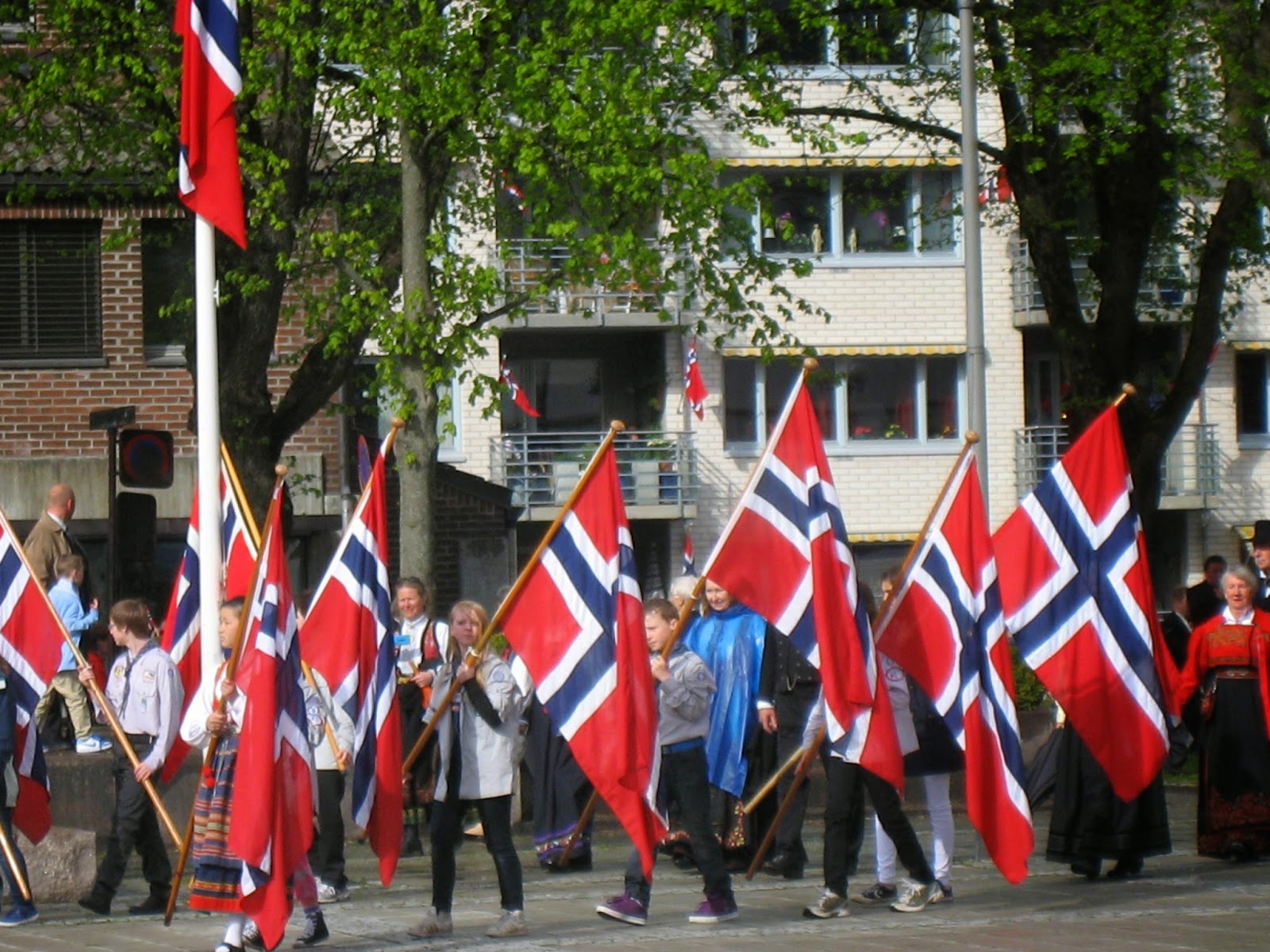 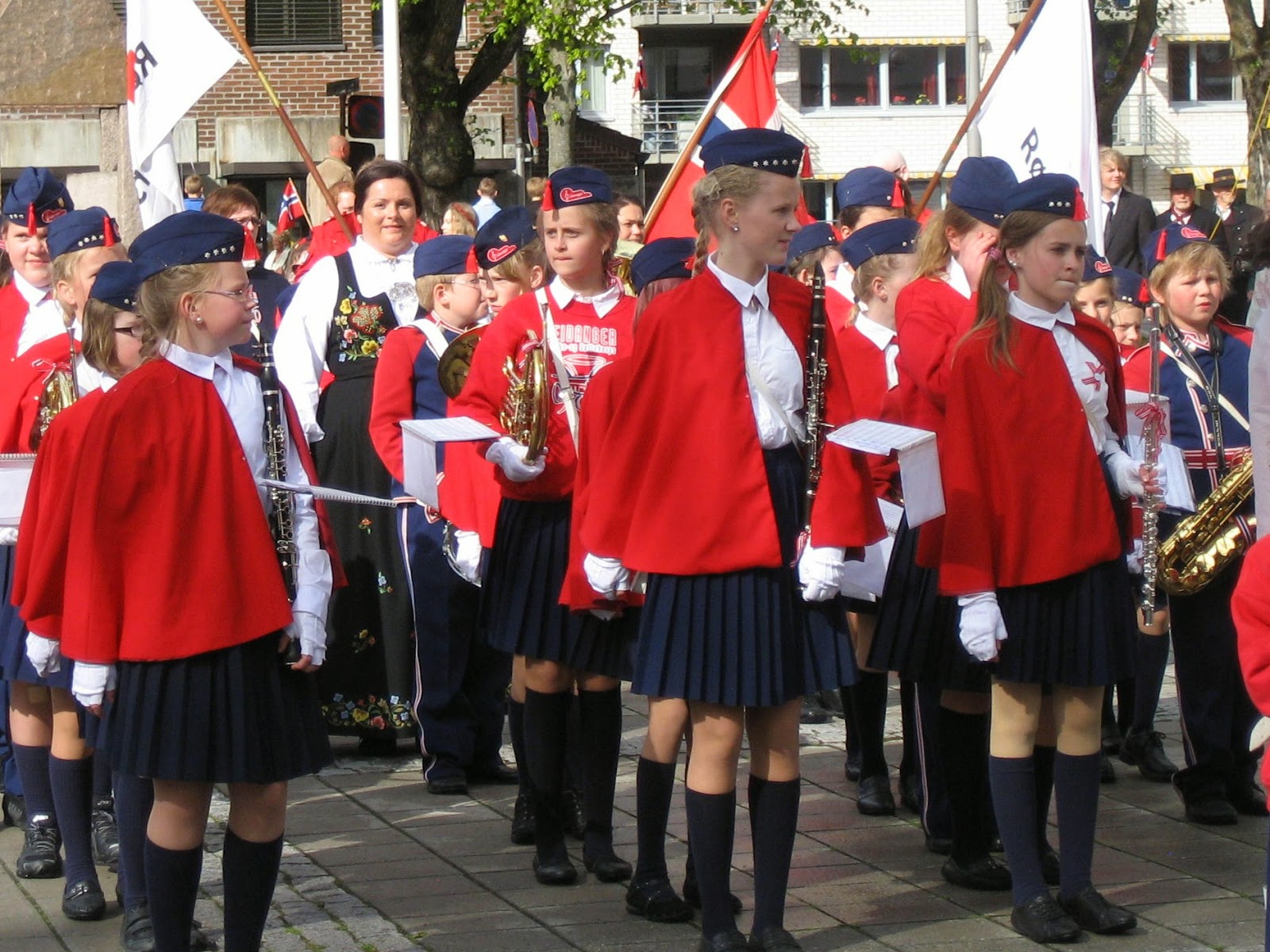 My family and I some many years ago. 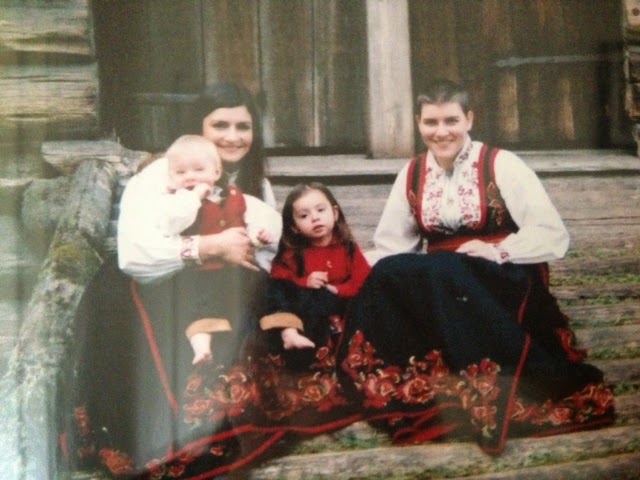 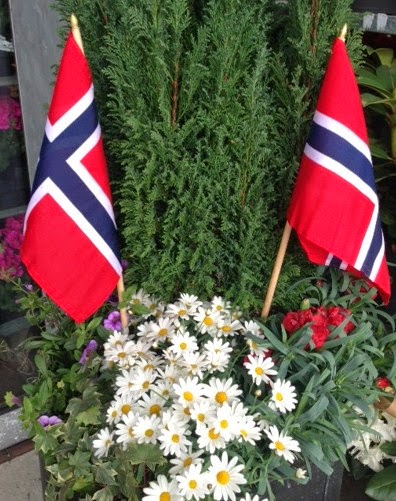 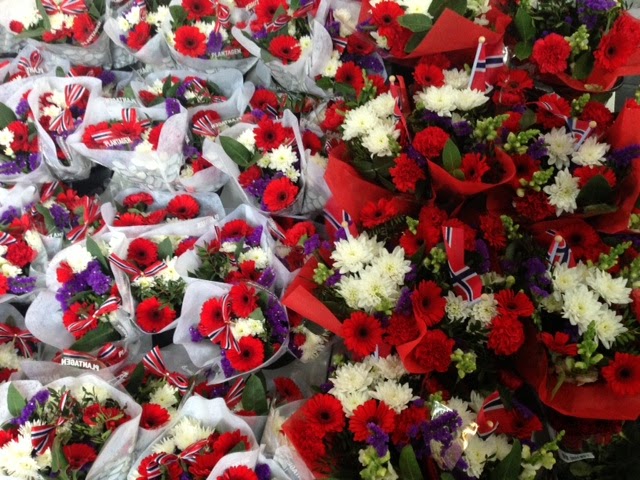 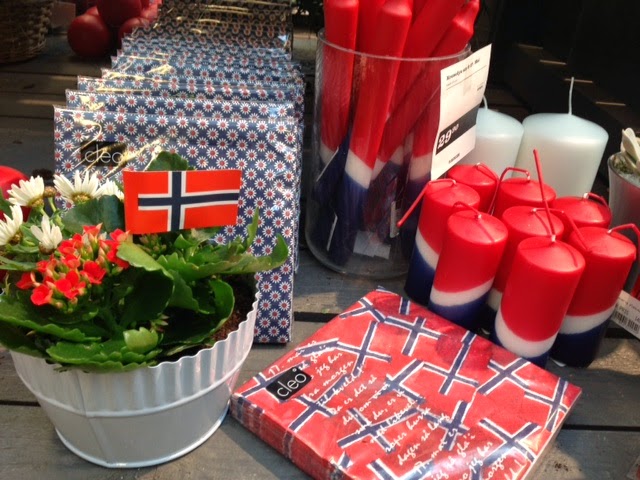 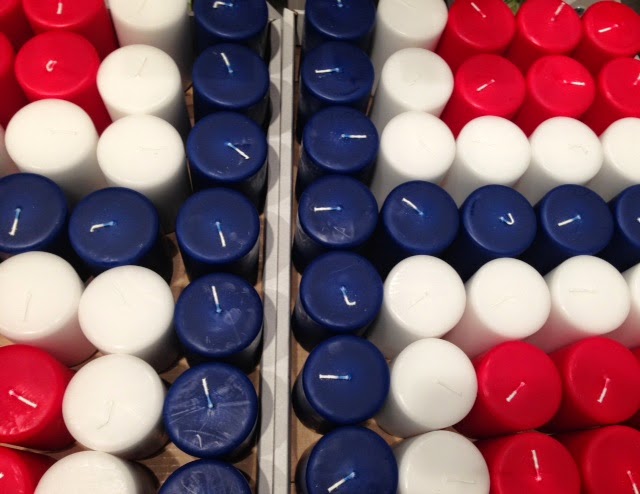 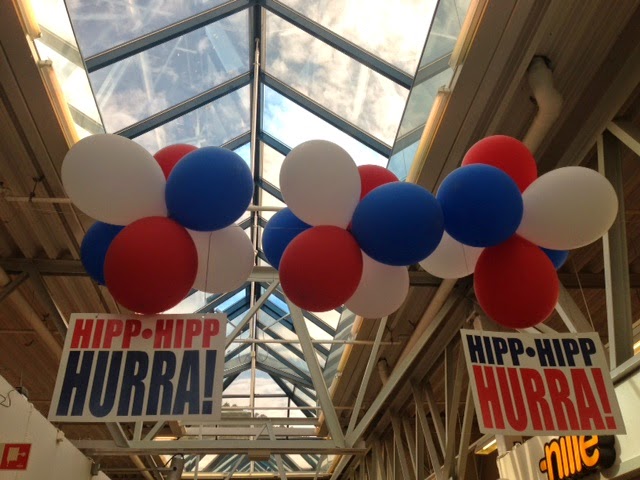 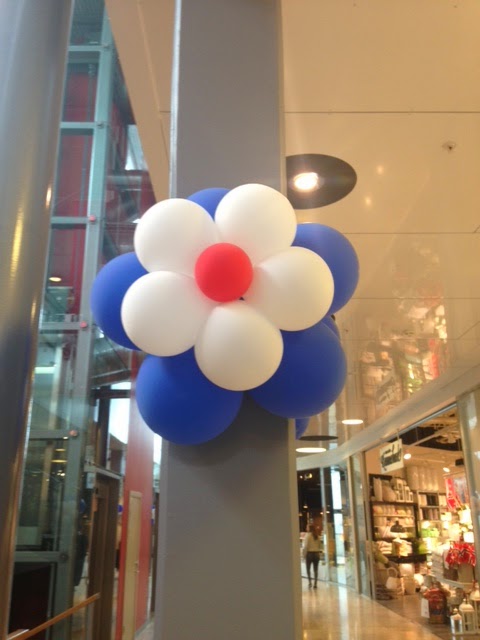 Red, white and blue in all the shops... 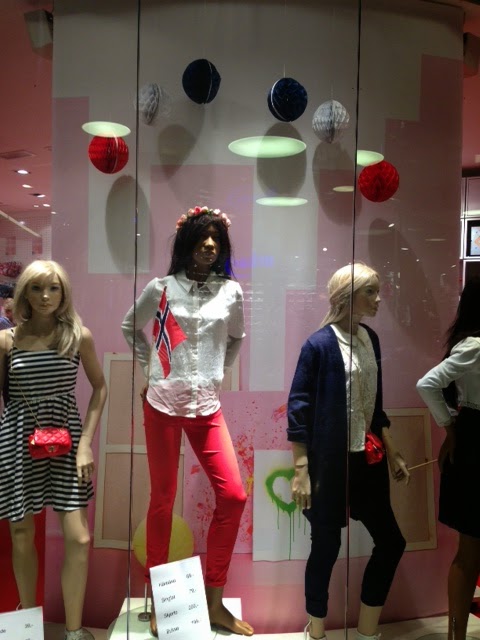 Even the bikinis by the door to pull people in at this time of year are red, white and blue!!
﻿ 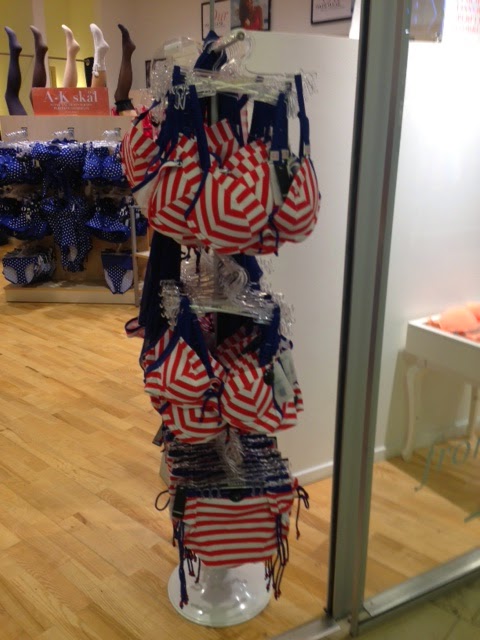 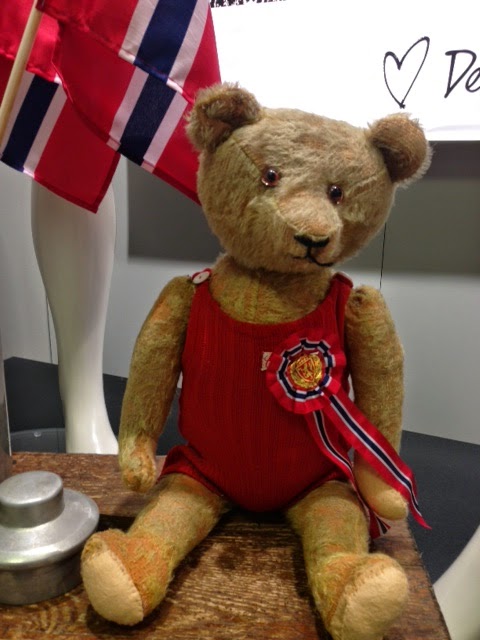 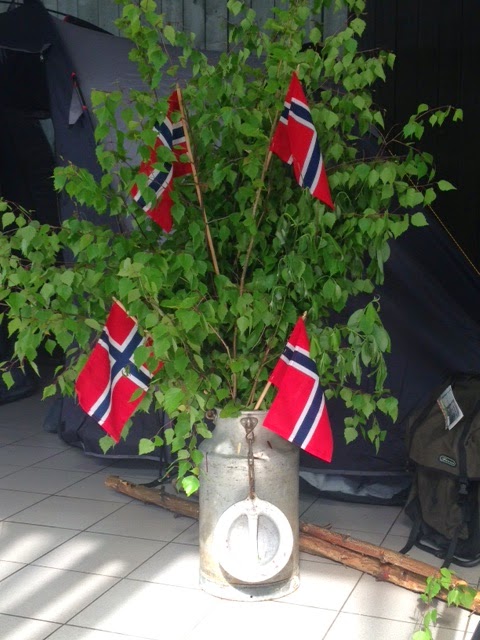 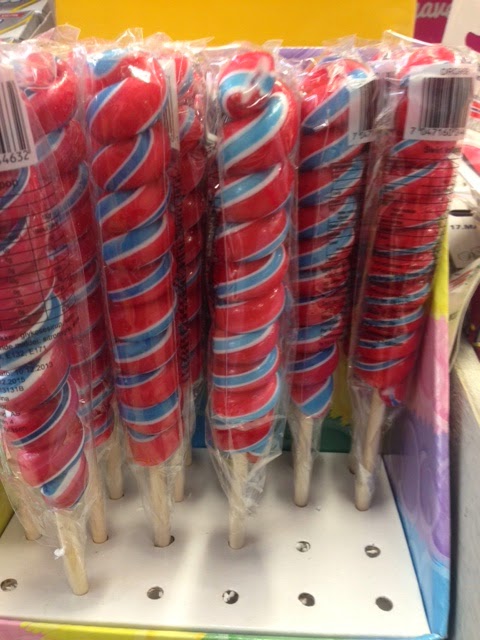 ♥Where ever you are tomorrow, as they say in Norway♥
♥Gratulerer med dagen♥

Email ThisBlogThis!Share to TwitterShare to FacebookShare to Pinterest
Labels: 17 May Bløttkake, Kransekake, Norwegian